Removal Defense; Unfortunately, immigration laws in the U.S. have changed dramatically over recent years, most notably so as it relates to detention and deportation (otherwise known as removal). Removal defense is a process that involves representing and advocating for an immigrant who came to the United States and is facing deportation.

Generally, for most of these individuals it means they must appear in Immigration Court before an Immigration Judge. This process can occur while you are either detained or non-detained. To be detained is to be in the custody of Immigration and Customs Enforcement (“ICE”). In a removal defense case, having a skilled immigration attorney by your side is one of the most important factors determining whether you win or lose your case.

If you or a loved one is facing removal and is in need of removal defense,. read below to see how Brooks Law can help your family. 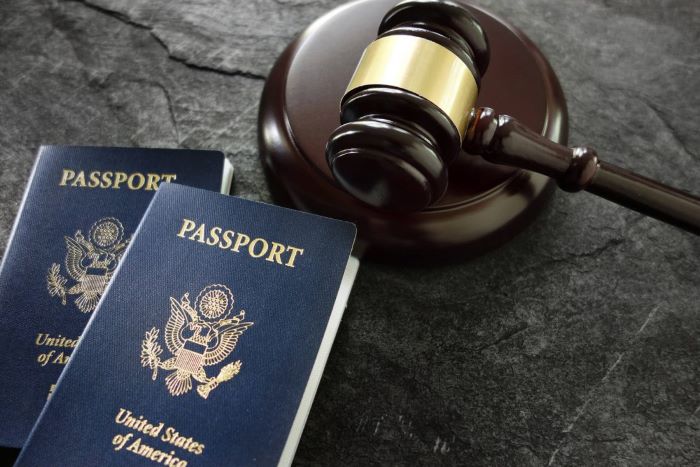 What Is the Process of Removal?

The government puts an immigrant into removal proceedings when the individual receives a Notice to Appear (“NTA”). This is essentially a list of multiple allegations made against the receiving individual, and lists the laws under which that individual could be removed or deported. The removal proceedings then occur before an Immigration Judge in Immigration Court, and may include a Bond and Custody Redetermination Hearing if the immigrant was detained by ICE, and a Removal Hearing.

During an Immigration Court Hearing, you have the right to an attorney to advocate for your defense, but the government will not provide one for you. Therefore, it is your responsibility to find yourself an attorney for representation in immigration court.

Sometimes, the individual facing removal will be detained by ICE, and other times they will not be detained. ICE’s Enforcement and Removal Operations (“ERO”) Division is responsible for the civil immigration detention system. Generally, ERO oversees the determination of whether the government should detain or not detain a non-U.S. citizen.

Essentially, bonds are monetary deposits meant to ensure that an individual will return to court and complete their case if they are released from ICE custody. Our immigration attorneys are also trained in assisting with Bond and Custody Redetermination Hearings in Immigration Court,. so please see our page titled “Bond and Custody Redetermination Hearings” to learn more specifically about Bond Hearings.

Finally, you must go through the Removal Proceedings. The initial hearing during these proceedings is called the Master Calendar Hearing. During this hearing, the non-U.S. citizen must deny or admit to the allegations made in their NTA and inform their Immigration Judge of any and all relief they will be applying for to avoid removal from the United States.

Additionally, the attorney from the U.S. Department of Homeland Security will be provided the opportunity to present contradictory evidence and cross-examine any witnesses questioned by the non-U.S. citizen’s attorney. The Immigration Judge will then consider all the evidence presented in court in order to determine whether the non-U.S. citizen can remain in the United States or whether they must be removed.

How Can I Fight Deportation or Removal?

There are two stages of every removal proceeding. The first stage is when the Immigration Judge determines whether or not the non-U.S. citizen is removable or inadmissible. In this stage, your removal defense attorney provides evidence and argues against your deportability or inadmissibility. In the case that your Immigration Judge determines that you are either removable or inadmissible,. you move on to the second stage of the proceedings.

In the second stage, you apply for relief from removal. The Immigration and Nationality Act offers multiple forms of relief for non-U.S. citizens who are facing removal or deportation. Among the remedies they offer are:

Applying for relief is your best chance at fighting removal from the U.S. Having an attorney by your side who is committed to finding any and all possible alternatives to your removal is essential in fighting your case.

If You Are In Need of Removal Defense, Speak With an Immigration Attorney Today.

At Brooks Law, we know how devastating it can be when your loved one is detained and taken into custody. You are not alone in feeling scared and overwhelmed when this occurs. Hiring an immigration lawyer can help you understand whether you or your loved one are considered eligible for relief from removal, and can also help you deal with the hearings that follow.

If you are in need of an immigration attorney to assist with your removal defense, please give us a call at (617)-245-8090 for a consultation.